Famous Horses of the World

Famous Horses of the World

Over time their has been many amazing horses. Some are more known like secretariat and Seabiscuit, then their are others like Hickstead and John Henry. Also there are fictional horses like Black Beauty. But whether real or made up these horses are inspiring. In this group I will add new horses every once in a while, if you have a horse you want me to add just let me know and I will add it in. (I do not own any of the pictures listed below)

Secretariat: Secretariat is just one of those horses most people know or have heard of before. He was the thoroughbred racehorse that is best known for wining the triple crown in 1973. He was 16'2 hands tall and weighed 1200 pounds. He was the sire of 653 foals, many of which are still alive today. For more info on Secretariat go to www.secretariat.com

Seabiscuit: Seabiscuit is a fairly well known horse, he was a race horse that lived during the 1930's. At first did not live up to his full positional and really shocked people when he did. 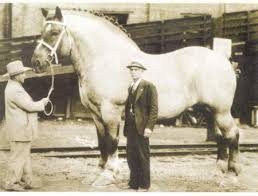 Sato: A horse well known for his rare coloring 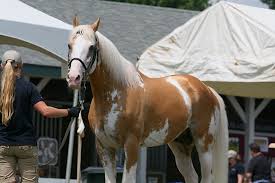 Ruffian: Ruffian was an American thoroughbred ranked among the top U.S. racehorses of the 20th century. She was born April 17, 1972 and died July 7, 1975. Her death was caused when her right foreleg snapped in a race but she would not stop running even when her rider tried to stop her. After the race the veterinarians tried to help her but she kept reinjuring herself and they had to be euthanized shortly after. The trainer of Secretariat, Lucien Laurin said to the press "As God as my witness, she may have even be better then Secretariat". The Black Stallion in the books the Black Stallion by Walter Farley is based on Ruffian.
Snowman: Snowman was a horse used for farm work up until 1956 when he was headed for the slaughterhouse at the age of eight. On that day Harry de Leyer was late to the horse auction and all that was left were the rejects bound for the slaughterhouse. Harry make eye contact with the large gray horse and purchased him for $80. Snowman was first used as a lesson horse for children, but when Harry recognized his talent Snowman started his training in show jumping. Snowman got into the show Jumping Hall of Fame in 1992. (P.s. I recommend the book about him; The Eighty Dollar Champion) 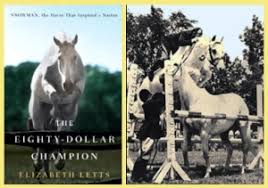 Zenyatta:  Zenyatta is known as the Queen of Racing.

American Pharaoh: Won the Triple Crown in 2015. First horse to do so in 37 years.

Horses I want to add:

Hoof Hearted is an actual racehorse, listening to his races is super funny

I am only able to update this page when I have a laptop or computer which is not very often, I am usually on a tablet or phone.

Sorry I have not had time to update in a while, more horses will be added soon :)

I'm sorry everyone. I've been super busy recently and haven't had time for a while to update this page. It's still coming, I haven't forgotten about it, it will just take a while. Hang in there (insert cute kitten hanging from tree picture)

Ooh PLEASE add Phar Lap! He is my favourite horse ever!

I need to know, should I keep fictional horses or not?

6 years and 4 months ago

Who's you favorite famous horse?

6 years and 5 months ago

7 years and 2 months ago

7 years and 2 months ago

This is my favorite race horse name "Hoof Hearted" I think it's hilarious! (You have to say it out loud)

7 years and 5 months ago

How 'bout Phar Lap. He was a great horse.

Will make note of him

I have heard of all of these horses, and they are awesome!

I have some horses you can add: black caviar , frankel , ruffian , Atlantic jewel , makybe diva

I have heard of Black caviar and Ruffian before, but not the others. I will look them up

Atlantic jewel is not as well known as the others

Hay is WAY too Expensive!