Mate: (Must be a horse up here)

(1) Lead Stallion: The alpha male. Main priority is breeding and protection.
(1) Lead Mare: The alpha female. She leads the herd to food, water, shelter, and safety.
(unlimited) Mares: They make up the biggest percentage of the group.

Stallions: These are ones that don't leave their herd normally because of a problem albinism, melanism etc
(unlimited but only 2 per mare at a time)

Foals: The babies. They get protection from predators and other horses from the herd and their mothers.
(unlimited) Young males: Probably the least popular group. These horses are on the brim of being kicked out of the herd by the stallion. They leave the herd at 2 years and start their own (if they wish).

Per- Kind and helpful.

Something in her genetics made her change her breed through the seasons. No-one knows why and many think it's something to do with her mother dying and then coming back alive again. She was clearly dead. Many believe that her mother went to heaven and got a special power and then came alive again. And when Stardust was born, it was passed down to her. Since then, her mother disappeared many believing she was friends with the horse god and would return soon after. 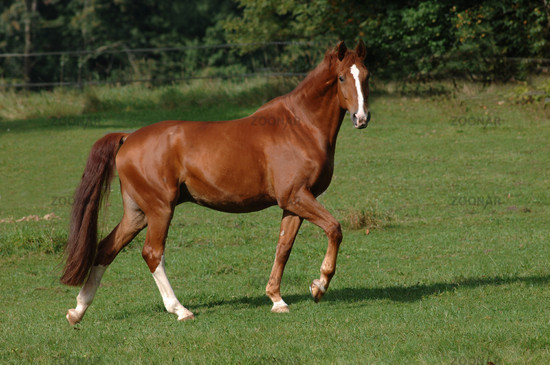 Per: Gently, kind, can be grumpy, seems to test the other mares, he will drive out any other stallions (Apart from young colts), He cam be strong willed and grumpy or gentle and kind. Can be a kind gentle gaint stallion as he stands at 16.3 hands or a fearsome beast at times

Other: he has a power that he can have amazing speed and can gallop for a long time. Being a thoroughbred he has some of the worst hooves of the herd. His mother is Snowflake Other: She has the power of reading other horses mind (Yes it is kind of crazy) she's had two foals, Loki a big bright sorrel chestnut stallion and her dappled grey filly Moon, she was the former lead mare but retired for other horses to lead after Stormchaser died four years ago

Per: Stubborn and very witty

Other/ Has a strong personality. Strong for a Mare and a Great Jumper

Other- Jewel was very surprised to find herself pregnant with twin fillies as a 3 year old. In her old herd everyone had to have a mate to have foals, so Jewel ran away before anyone found out. She came to the meadows and started her own herd with her twin foals Ballerina and Lollipop. Lollipop is a strawberry roan Arabian (Jewel still doesn't know their father) and Ballerina is an Albino! She hopes nobody will ever find out about what happened in her old herd.

Crush: This may sound weird but... Loki,

Other: Lollipop, or Lolly, has two sides which are very different. Most of the time she is thankful and good mannered as she looks at her sister Ballerina and her mother Jewel. They both have major problems in life whereas she has none, and acknowledges this with much gratefulness. But sometimes she has to live life to the fullest, and that's when her other, more jumpy side shows! She is always chatting to other horses when she's modelling this side of her personality and normally gets herself into silly challenges. Lollipop wishes Loki would have a foal... because to her Loki is the most handsome horse ever and she wishes there was a Loki her age that could be her mate.

Mate- Nobody could love me!

Crush- And I won't love them back.

Foals- I know what a foal is unlike Lolly. And no.

Other- Being Albino takes its toll on poor Ballerina. She is no stranger to being grumpy and upset at the way she was born, especially as Lolly is perfect and... pink! Her idea of fun is at the same level as her mother and sister's idea of annoying, which leads to big trouble for Ballerina. Jewel thinks if she had been born differently then she would've been much nicer as she wouldn't be sore over her colouring. Ballerina plans to run away and start a herd as soon as she is old enough, but tells herself that no one could love her for her albino colouring.

Mate: Darling, I assure you I will if you love me but you must have the courage to say so.

Foals: One thing wrong with that - I am a foal

Other: He knows that Jewel  was previously in a herd and he wants to help them out.  He knows Ballerina is very down and with his optimistic view of life he hopes to raise her soul.

Troyan_Empire
4 years and 8 months ago

JosieStar6
4 years and 10 months ago