Alpha female (1):- Rules the pack with her mate(if she has one.) She is the highest of the pack not including her mate the Alpha male. she doesnt tolerate much and won't be disrespected without a price.

Alpha male (1):- The alpha females mate, he rules the pack also and is very strict and wont allow any flirting with his mate.

Beta male (1):- The alpha males wing wolf he is the Alpha males trusted adviser and is the beta females mate.

Delta Female (1):- The delta female is in charge when the Alpha's and Beta's are not around, they usually take charge of the hunting patrols and fighting practices.

Delta Male (1): The delta male is also in charge and is the delta females mate.

Lead hunter/huntress:- The best hunter in the pack can be male or female (1)

Hunters/ huntresses:- The hunters and suppliers of the pack they supply for the pack when needed and are very important. (unlimited)

Lead warrior:- This wolf is the lead fighter he commands the fights when the Alphas and betas are not around. Usually considered the best fighter. (1)

Warriors:- The fighters of the pack they are strong and skilled in almost any way of fighting and know how and when to kill. (unlimited)

Spies:- This is a very important job at this time of need they are deadly and sneaky and loyal to only a few: the alphas, their mates, their families it is not suggested for any wolf who has pups or plans on having any. Wolves who are used to sneak into other packs for war information. They have to be stealthy, agile, and silent. (2-4)

Herbalist:- These are very important they know how to heal pretty much any sickness and any wound. The can have mates but must get permission before they have pups.(3-4)

Expecting/nursing females:- These females are expecting or nursing pups. (can be any female - some females may be in two parts)

Loners:- Wolves without a pack. They are either banished or just don't wish to pursue the life of a pack wolf. But they can join one later, if the alpha accepts them.(Unlimited)

Omega:- This is the bottom ranker of the pack they are the least important and are often the most submissive they may have a mate but no pups until they are bumped up a rank. (unlimited) 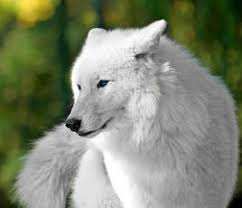 Crush: None yet...
Mate: It will be the alpha male, I'll decide.
Pups: I want them.. I'll have them with the alpha male, when the right one comes.
Other: I am very sad I am lonely. I have no pups,no crush and no mate. Just was told that her mother has passed away. Then was told her father jumped off a cliff. She is happy to have Dove who understands.

Personality: Determined, Courageous, brave, stubborn at times, Isn't afraid to snap back, Caring towards her pack. Crush: None yet but searching!

Mate: None yet Pups: Wants

Other: Is great friends with Silva from Silver Moon Pack. Parents were Alphas and passed away.

Personality: Arrow is a sarcastic charatcher who enjoys the company of those he calls his friends, He is very caring towards those he loves and would take a bullet for them. He also is a very intelligent wolf who isn't afraid to fight back if someone hurts his pack.

Crush: No of your business

Mate: Not anymore.. Pups: Expecting Other: Her past-mate left her Pack: Doesn't belong to one Played By: EclispeAngelWolf

Pups: Expecting Other: Her past-mate left her Pack: Doesn't belong to one Played By: EclispeAngelWolf

Other: Her past-mate left her Pack: Doesn't belong to one Played By: EclispeAngelWolf

Pack: Doesn't belong to one

EclispeAngelWolf
5 years and 1 month ago

hairysnape
5 years and 2 months ago

5 years and 2 months ago

yay i am very excited

FoxLia
5 years and 7 months ago

I don't really understand the pack system to be honest. What pack can I join that allows black coats?

All packs allow all coats. The packs are really like teams of wolves! You can join Silver Moon?

I would love to have my wolf join the Silver Moon pack. Do I have to redo the character sheet?

brian-us
5 years and 8 months ago

Trotscare
5 years and 8 months ago

EclispeAngelWolf
5 years and 8 months ago

Your inbox is full ;)